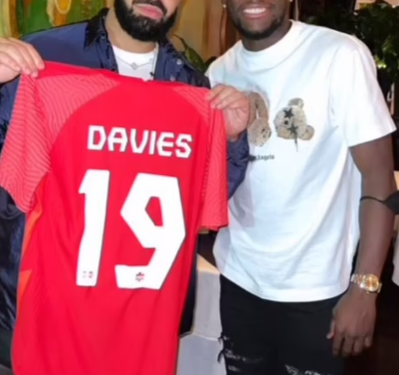 It seems like everything rapper Drake touches goes up in flames, at least sports wise.

There have been numerous stories that every sports related thing Drake has been associated with ends up losing. Big time.

The Canadian national team played their World Cup opener against Belgium Wednesday in Group F but suffered an agonizing defeat despite dominating spells of the game. And many believe this is all because of the Drake Curse.

The Canadian team walked out onto the field to Drake’s song ‘Started from the bottom’.

After suffering a 1-0 loss to Belgium in the club’s first World Cup match since 1986, soccer fans were quick to take to social media to blame the “Drake Curse” for the team’s defeat.

The team had 20 shots and even one penalty but couldn’t score.

While Canada outshot Belgium 21-9, the players only managed to kick three shots on goal.

“Alphonso Davies didn’t listen to the Gods,” one fan tweeted after the match. “Drake’s curse is real.”

“No one can convince me that Drake Curse is not real. It was over even before it started,” a second added.

Drake curse is appearing to be real by the day.

Recently he lost over $2 million betting on former UFC champion Israel Adesanya to defend his title against Alex Pereira.

He also recently placed a losing bet of $649,000 on an accumulator featuring Barcelona to win El Clasico against Real Madrid and Arsenal to beat Leeds.

They took the pitch to 'Started From the Bottom'. The latest victims of the Drake curse 😅 pic.twitter.com/uHe69CLIAz