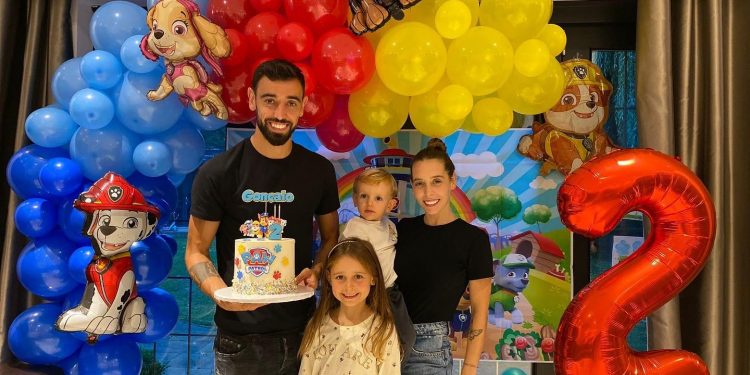 Manchester United Star Bruno Fernandes on Tuesday 6 put football aside for a minute to celebrate his son’s birthday after turning two.

The star took to social media to share lovely photos and videos with his family celebrating the day following his son Gonçalo Fernandes. 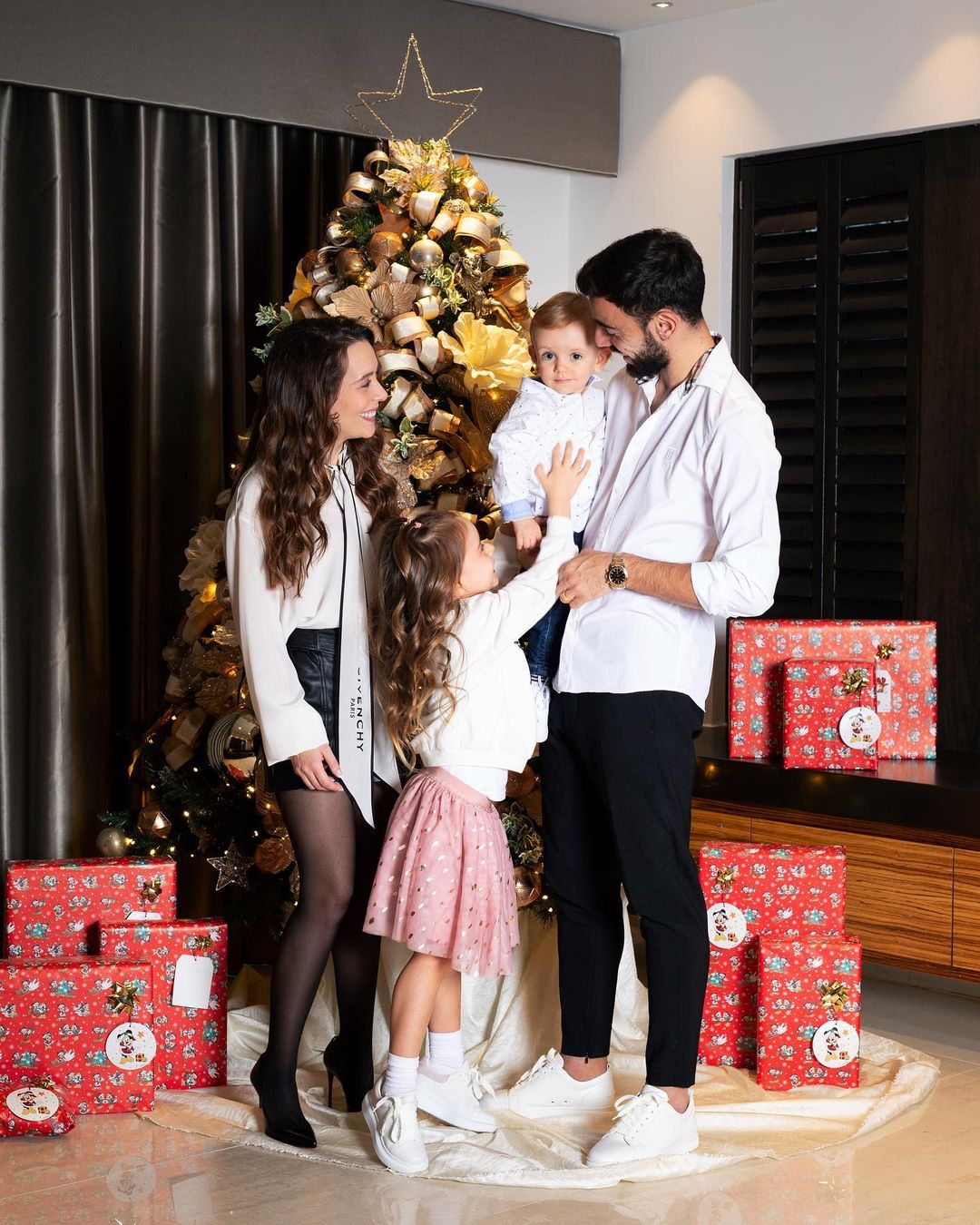 Goncalo’s birthday party was a simple Paw Patrol cartoon-themed party that had only the four of them.

The footballer, who married Ana Pinho in 2016, has two children with her.

Their love story started way back in time when they were in high school in Boavista. Both of them were in the same class and as it happened, Bruno fell in love with Ana.

Here are the birthday photos: 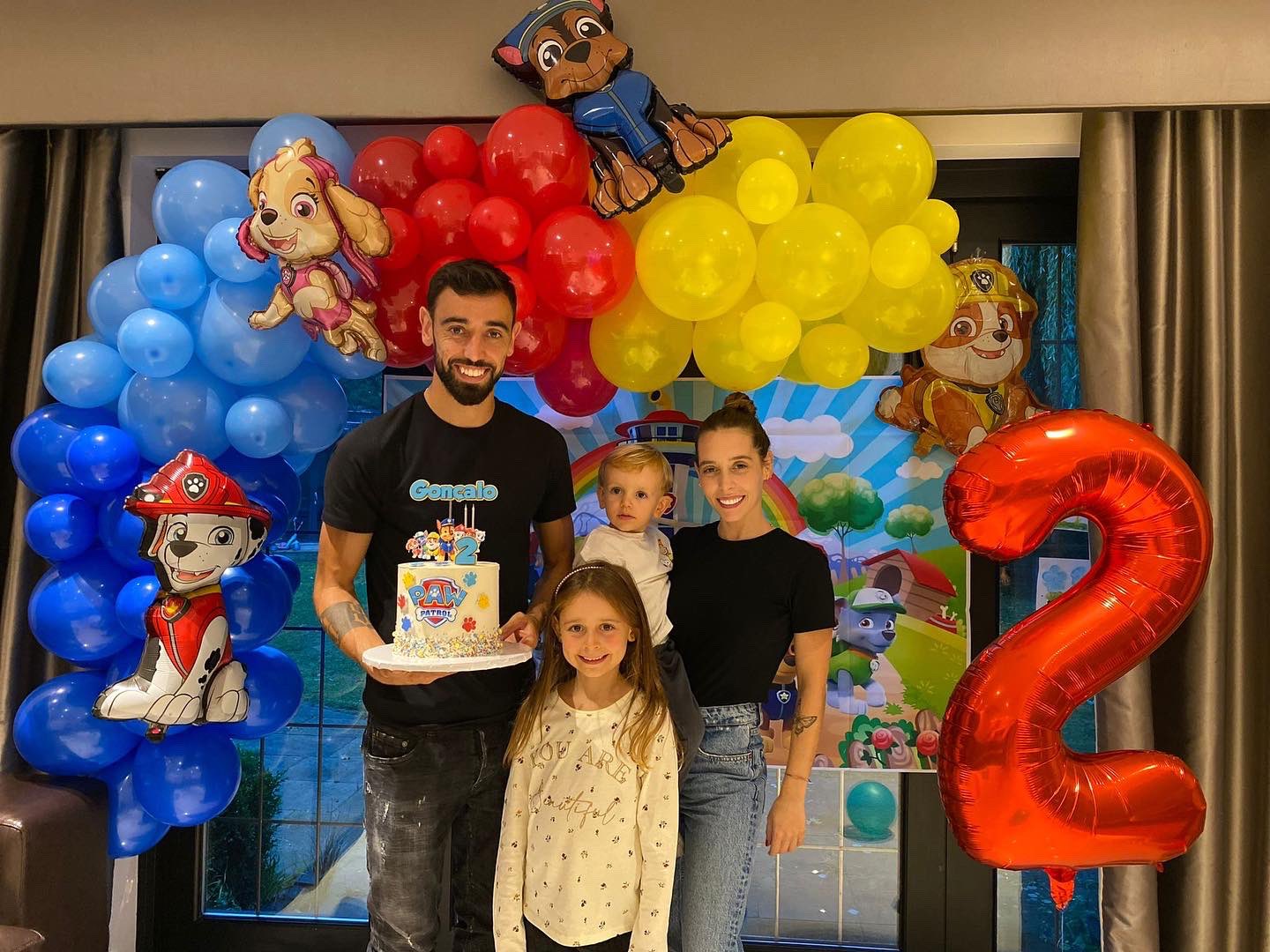