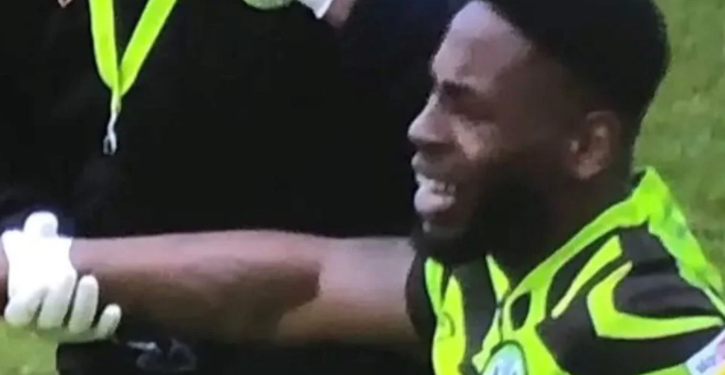 Forest Green striker Jamille Matt on Saturday suffered one of the most gruesome hand injuries to ever be witnesses on the pitch.

The 31-year-old was in agony after a mid-air collision left his hand in horrifying shape.

Matt, a Jamaican, was in the starting XI for the promotion-chasing Forest Green Rovers in their League Two clash against Bolton Wanderers. 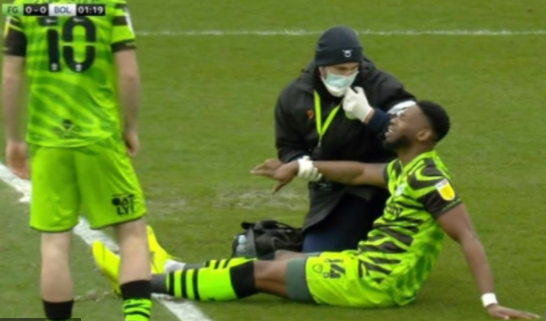 However, his game was over after barely a minute on the clock after an awkward coming together with Trotters’ Welsh defender MJ Williams.

After the collision, Matt was seen sitting on the ground for a few seconds, clearly in excruciating pain. 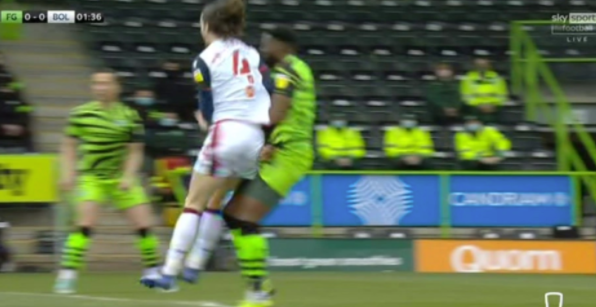 From the proceedings, it looked like he had severed several of his fingers and possibly dislocated his hand.

Bolton Wanderers are among those who shared their concern for Matt.

Gutted about the injury yesterday and not being able to help the boys out on the pitchg….A massive thank you for all the messages also, it really means a lot 💚 pic.twitter.com/enwM7tPg7Z

It is kind to note that Matt was having one of the most prolific seasons of his career prior to his injury.

The former Plymouth Argyle, Fleetwood and Blackpool star has scored 15 goals this term, which is already more than the 14 he managed for Newport two seasons ago.

Hours after the incident, the 31-year old took to Twitter to thank fans for the support.

His hand was fully covered in a splint.