The Economic Fallout of The Pandemic Has Started to Bite

Asked if more English players could move abroad, Robshaw told reporters: “Potentially yes… guys who are getting a bit older or guys who are a bit sore in their bodies and might not be able to play as many games.

“I’ve got a two-year deal over there where their seasons are six months, including pre-season, and over here is 11 months or so. I’m hoping that will be a lot nicer on my body.”

Chris Robshaw flashes a victory sign at a past event. [Source/Courtesy]

Several Premiership clubs have told their players and staff to take a 25% pay cut due to the postponement of rugby during the coronavirus outbreak.

Top flight clubs have voted to temporarily reduce the salary cap from the 2021-22 campaign until 2023-24, with the ceiling for senior players set at £5 million pounds down from £6.4m.

“The next 12 months to two years will be a very interesting time for rugby with everything going on,” added Robshaw. “We have to feel our way through it. Every week we’re told something different. We’re going to have to be very patient with it.”

The Premiership, which has nine rounds of matches remaining, has been suspended since April but a resumption is planned for Aug. 15. 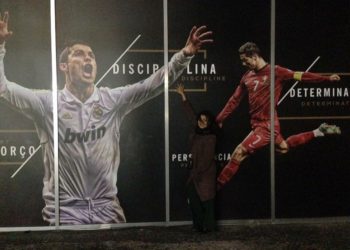