Portugal player Cristiano Ronaldo has asked bashed the media for questioning fellow players about his controversial interview with Piers Morgan.

Ronaldo hit headlines in the two-part chat with Morgan on TalkTV, laying into Manchester United and claiming there is “zero progress” at the club since he left in 2009. The player also spoke about how his manager Erik ten Hag has betrayed him, a reason why he can no longer respect him.

Ahead of his first game on Monday, Ronaldo was forced to attack journalists who kept bombarding fellow Portugal players with question about the interview.

“Timing is always timing. From your side, it is easy to look at how we can choose timings.

“Sometimes you write truths, sometimes you write lies. I don’t have to worry what others think. I talk when I want to. Everybody knows who I am, what I believe in. They have known me [here] since I was 11. They will not be influenced by what people say and write about me,” he said.

“The atmosphere is excellent, no problems, we are completely focused. You can help by not talking about me. I’m completely bullet-proof and iron-clad.

“If you ask other players about Cristiano Ronaldo I would be upset. If you want to ask him about the World Cup and the team, I would like you to do that.”

Then went on to ask the media houses to stop arm-twisting the players to talk about the interview.

“I am bulletproof. I wear an iron suit.” “Stop asking my teammates about me. Ask them about the World Cup. I don’t care what other people think. I speak when I want to,” he said.

🚨 Cristiano Ronaldo has spoken to the media this morning

“I am bulletproof. I wear an iron suit."

"Stop asking my teammates about me. Ask them about the World Cup. I don't care what other people think. I speak when I want to." pic.twitter.com/lmFCFClGdM

🎙 "From your side it's obviously easy to give your opinions and write things, sometimes truths, sometimes most of them lies"

Cristiano Ronaldo says he is convinced that his controversial interview won't have any impact on the team this World Cup 👇 pic.twitter.com/37Jy563bx6 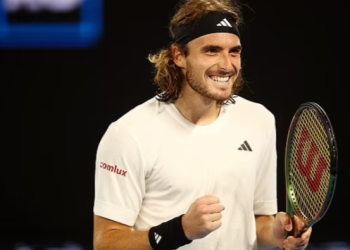