Lebron, who is in his 20th season now, is only 1325 points away from passing the legend and is now more focused on redemption for the Lakers and securing a solid legacy.

Even though he averaged a solid 30.3 points, 8.2 rebounds and 6.2 assists in 56 games last season, but the Lakers missed the playoffs and were marred with a lot of controversies following their public meltdowns even in simple games they were projected they’ll win.

“To sit here and to know that I’m on the verge of breaking probably the most sought-after record in the NBA — it’s super humbling.” James is averaging 27.1 points in his career and at that pace, he’s expected to pass Kareem after his 47th game.

“Anytime someone mentions me with those greats it’s surreal. I don’t ever take these moments for granted,” James said.
The record is over 40 years old.
Nobody thought it would ever be broken. It’s the home run record in baseball and changes coming this close to shattering it has left the whole NBA and sports world watching.
Tags: BasketballBasketball in KenyaLakersLebron James
Previous Post 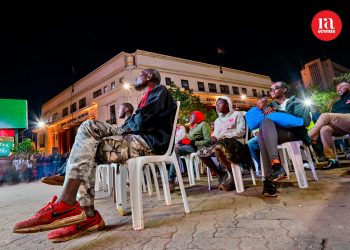 With the World Cup fever climbing with every minute, Kenyans have been enjoying every minute of the games thanks to several players in Kenya. From the start, Radio Africa Group,...