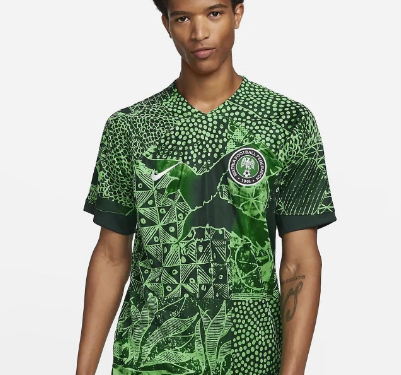 The release comes at a time when countries which have qualified for the world cup are unveiling their home and away kits. The company unveiled the jerseys and kits on Thursday, September 15, as the new apparel was designed in the country’s national colours, green and white.

Super Eagles, who failed to qualify for the world cup, are expected to wear the new jersey in the international friendly against the Desert Foxes of Algeria on September 27 a thing most Nigerians didn’t like.

We all remember how Nigerians felt after failing to qualify for the World Cup this year. Nigeria’s failure to beat Ghana in March prevented them from qualifying for Qatar 2022, a result that shocked not only the nation but also dealt a huge blow to the approximate 12,000 Nigerians in Qatar who were looking forward to watching the team in action and also benefitting from its presence at the tournament. 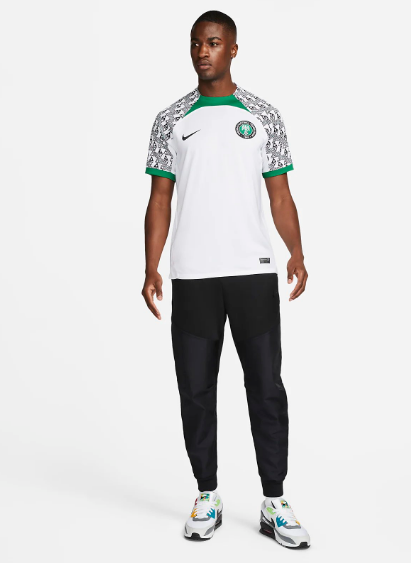 Following the unveiling, most Nigerians complained that Nike shouldn’t be bothered with the new uniform since it’s a waste of money.

Others believed that it was an indirect tour following due to the timings when other countries were unveiling their World Cup uniforms.

Why waste national budget abi funds ni on outfits that won’t be used at the World Cup? Can’t you just stick to the old design till the next World Cup comes up? Must you people find every means to steal from the purse of the country? Rubbish

While yall are at it, please read this thread as to how I went to the NFF office since beginning of march till date requesting that they allow me design the National team jersey https://t.co/UHtV5ZtECP

It's a trend around the world as regards football kits. It is changed every two years. They will change another one by 2024 and another before the next world cup in 2026.

Is this punishment for not qualifying for the world cup… Very, very ugly kit!!

It's a trend around the world as regards football kits. It is changed every two years. They will change another one by 2024 and another before the next world cup in 2026.