A statue of Cristiano Ronaldo in his home country Portugal is grabbing a lot of people’s attention thanks to the attention to detail put into his crotch.

And because of this detailed structure, the crotch is paying the most.

According to authorities, the 2014 statue is fading fast in the crotch area since tourists insist on taking photos with it.

READ MORE: Forget The Gym, This Beast Military Workouts Will Give You Faster Results 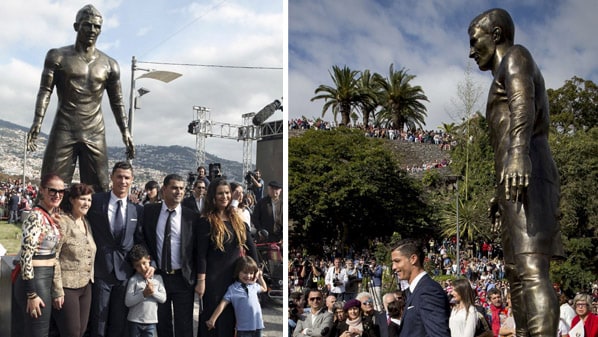 The statue is located outside of the five-time Ballon d’Or winner’s personal museum, Museu CR7, in Funchal, Madeira.

The Manchester United forward, 37, has not had much luck with statues over the years as most of them get his features wrong. And this one is no different.

The statue was sculpted in bronze by artist Ricardo Veloza and measures 3.40 meters in height. During the launch, Rolando was more than happy for the honor.

The allocation of the Medal of Merit of the Autonomous Region of Madeira, proposed by the regional government, was approved unanimously by the Legislature regional. Forget The Gym, This Beast Military Workouts Will Give You Faster Results