Rapper Drake Gets A Nike Hairdo And LED Jacket 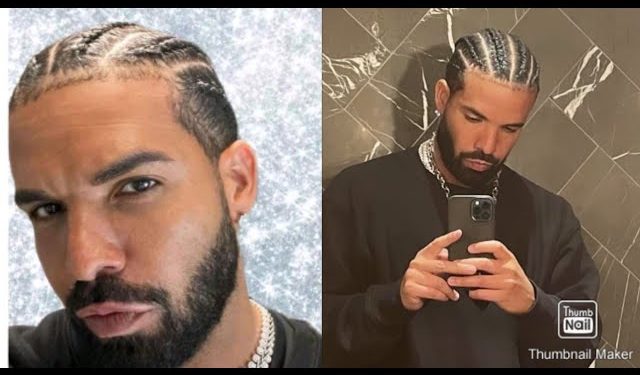 Rapper Drake is always trending because of his hairdos whenever he decides to switch things up and this time round, it wasn’t any different.

In an effort to show some love to Nike which turned 50 years old in May and while attending the Nike Maxim Awards, the 35-year-old got a braid worked in the middle of his scalp shaped to resemble the company’s swoosh logo. In addition, Drake also attended the awards in a custom LED jacket that really stole the show.

In 2013, he reportedly signed an endorsement deal with Jordan Brand; a subsidiary of Nike. It is rumoured that the deal was worth more than 100 million dollars.

Video from harvestlouis on Instagram, taken at the Maxim Awards at Nike HQ in Oregon. pic.twitter.com/qxicIsF4p6