He was under the influence, according to police 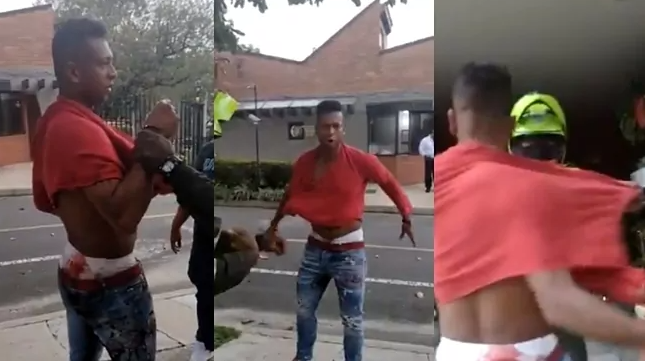 Former Inter Milan midfielder Fredy Guarin was recently arrested for a shocking attack on his father and other family members in Columbia.

The 34-year-old had asked his current team Millonarios for some days off “for personal reasons” and did not participate in any of the club’s training sessions.

Videos have since been leaked on social media showing the midfielder covered in blood as he is hustled by police.

In one of the two videos circulating online, Guarin is seen yelling at a police man and at some point, he tells the person filming the video to stop.

It is yet to be confirmed whether the blood on his pants was his or it belonged to someone else.

Further footage shows the midfielder being restrained by police.

Fredy Guarín has been arrested by Colombian police after allegedly assaulting his father and other family members. pic.twitter.com/SYUgI2wMOX

Semana state Colombian police have since confirmed the arrest of Guarin, and they have claimed he was under the influence of substances at the time of the incident.

“There was a call for domestic violence. When the police arrive at the scene, they find personal injuries inside a house where the son was starring [sic] in a fight against his parents,” a statement from police reads.

“They acted very professionally, the parents asked for assistance so that this person was taken away and as the law says, this was done.”